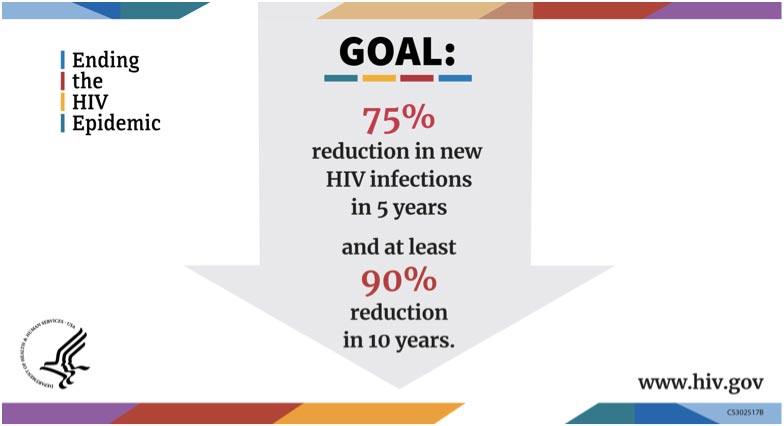 Phase 1 of the Initiative will target the 48 counties, DC, and Puerto Rico which make up half of new HIV infections, as well as seven states with significant rural HIV burden. See full map and list here. Plans are bring developed locally in each jurisdiction, and providers and researchers are encouraged to be involved in the process.

The Office of Infectious Disease and HIV/AIDS Policy developed America’s HIV Epidemic Analysis Dashboard (AHEAD) , a data visualization tool designed to display data on the six indicators for each of the Phase I jurisdictions.